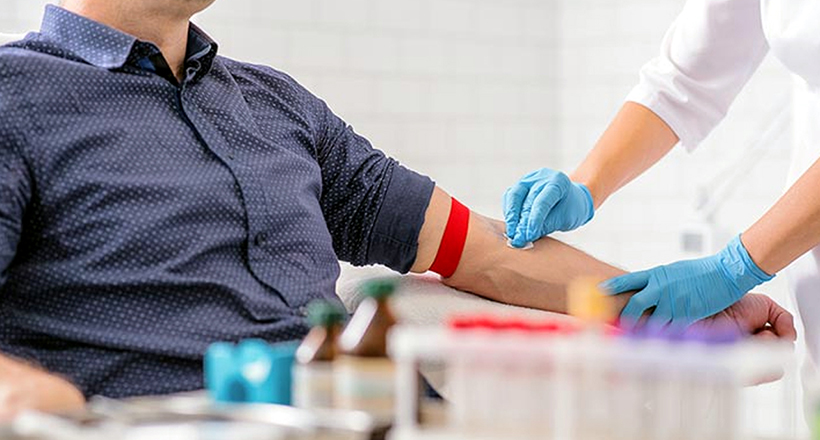 Blood donation is a voluntary procedure

Blood donation is a voluntary procedure. Millions of people need blood transfusions each year. Some may need blood during surgery. Others depend on it after an accident or because they have a disease that requires blood components. Blood donation makes all of this possible.There are several types of blood donation: • Whole blood. This is the most common type of blood donation, during which approximately a pint of whole blood is given. The blood is then separated into its components — red cells, plasma, platelets. • Platelets. This type of donation uses a process called apheresis. During apheresis, the donor is hooked up to a machine that collects the platelets and some of the plasma, and then returns the rest of the blood to the donor. • Plasma. Plasma may be collected simultaneously with a platelet donation or it may be collected without collecting platelets during an apheresis donation. • Double red cells. Double red cell donation is also done using apheresis. In this case, only the red cells are collected. To be eligible to donate whole blood, platelets or plasma, you must be: • an age between 18-65 years • In good health • At least 50 Kilograms weight • Blood pressure - 70-140 mm.Hg • Pulse - 50-100 per mm., regular • Able to pass the other physical and health history assessments • not have donated blood in the last 56 days – ideal time is after 90 days. The eligibility requirements are slightly different for double red cell donation. Risks Blood donation is safe. New, sterile disposable equipment is used for each donor, so there's no risk of contracting a blood borne infection by donating blood. If you're a healthy adult, you can usually donate a pint of blood without endangering your health. Within 24 hours of a blood donation, your body replaces the lost fluids. And after several weeks, your body replaces the lost red blood cells.After donating you sit in an observation area, where you rest and eat a light snack. After 10 to 15 minutes, you can leave. • Drink extra fluids for the next day or two. • Avoid strenuous physical activity or heavy lifting for the next five hours. • If you feel lightheaded, lie down with your feet up until the feeling passes. • Keep the bandage on your arm for at least four hours. • If bleeding or bruising occurs under the skin, apply a cold pack to the area periodically during the first 24 hours. • If your arm is sore, take a pain reliever such as acetaminophen. Avoid taking aspirin or ibuprofen (Advil, Motrin, others). Contact the blood donor center or your doctor if you: • Continue to feel nauseated, lightheaded or dizzy after resting, eating and drinking. • Notice a raised bump, continued bleeding or pain at the needle-stick site when you remove the bandage. • Become ill with signs and symptoms of a cold or flu, such as fever, headache or sore throat, within four days after your blood donation. Bacterial infections can be transmitted by your blood to a potential donor via transfusion, so it's important to let the blood donor center know if you become ill so that your blood won't be used. Results • Your blood will be tested to determine your blood type — classified as A, B, AB or O — and your Rh factor. The Rh factor refers to the presence or absence of a specific antigen, a substance capable of stimulating an immune response, in the blood. So you're either Rh positive or Rh negative, meaning you carry the antigen or you don't. • Your blood will also be tested for blood borne diseases, such as hepatitis, HIV and syphilis. If these tests are negative, the blood is distributed for use in hospitals and clinics. If any of these tests are positive, the blood bank notifies you, and your blood is discarded and not used. 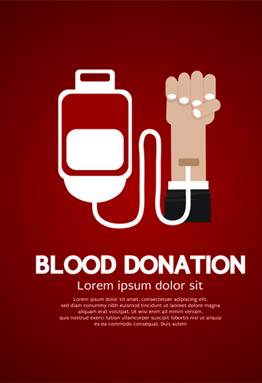 Copyright © 2023 mydoctortime.com I All rights reserved.